Better on the bike

Posted on July 18, 2020 by billboyheritagesurvey

Sporting my lock-down hair cut at the halfway point on a 48km round trip to St Ives.

The lack of exercise and the sheer boredom of the lock-down put me back on the bike in a way I had not expected. For me the bike is transport, yes I get a kick from getting places on my own steam and I take great pleasure in the art of the well crafted machine. Few things are as beautiful to me as a well set up bike. Living where I do the bike is the logical choice for any trip to town rain or shine. No big deal, it’s how we get around.

What changed for me was the idea of riding for exercise. I have always considered the pursuit of exercise for its own sake a pointless expenditure of energy. Exercise as part of life is another thing, walking or riding with a purpose is what I’d always thought would keep me in shape.

Taking a daily half hour walk around the district soon bored me, but the need to exercise was pressing as reports of Covid-19 survivors suggested fitness is a boost to the immune system and I’m in an age group on the wrong side of the stats now. So exercise became a ‘must do’ rather than a ‘may do’ option as better fitness relates to a better immune response.

Riding a bike for the sake of it still seems a bit silly to me but, as I ticked off the local towns, I realise that’s what I’m up-to. Colleagues, similarly stuck in lock-down, began to post Strava results and seemed to be astonishingly fast too. So I joined up and discovered I’m on the slow side but all the same moving a lot quicker than I thought, there is something to this exercise lark after all: I’m becoming a lot quicker on the bike than I was!

The ‘2 stiles’ segment. rough but rideable.

I still cannot bring myself to just ride the bike for the sake of it, I ride with a purpose in mind even if I don’t realise it. These rides are aerial photography missions, I keep a suite of kites, line and cameras on the bike in the hope of aerial capture of the landcape I pedal through.

Newnham Drove aka the Cracked Rd. 2km of broken concrete slabs: a boneshaker of a ride.

The bike weighs in at 12kg and my KAP kit is another 6 or 8kg on top of that so, in some respects, I’m riding a touring set up. Following the Lodes has its challenges, getting the 20kg or so through gates and over styles is more effort than I’d like. 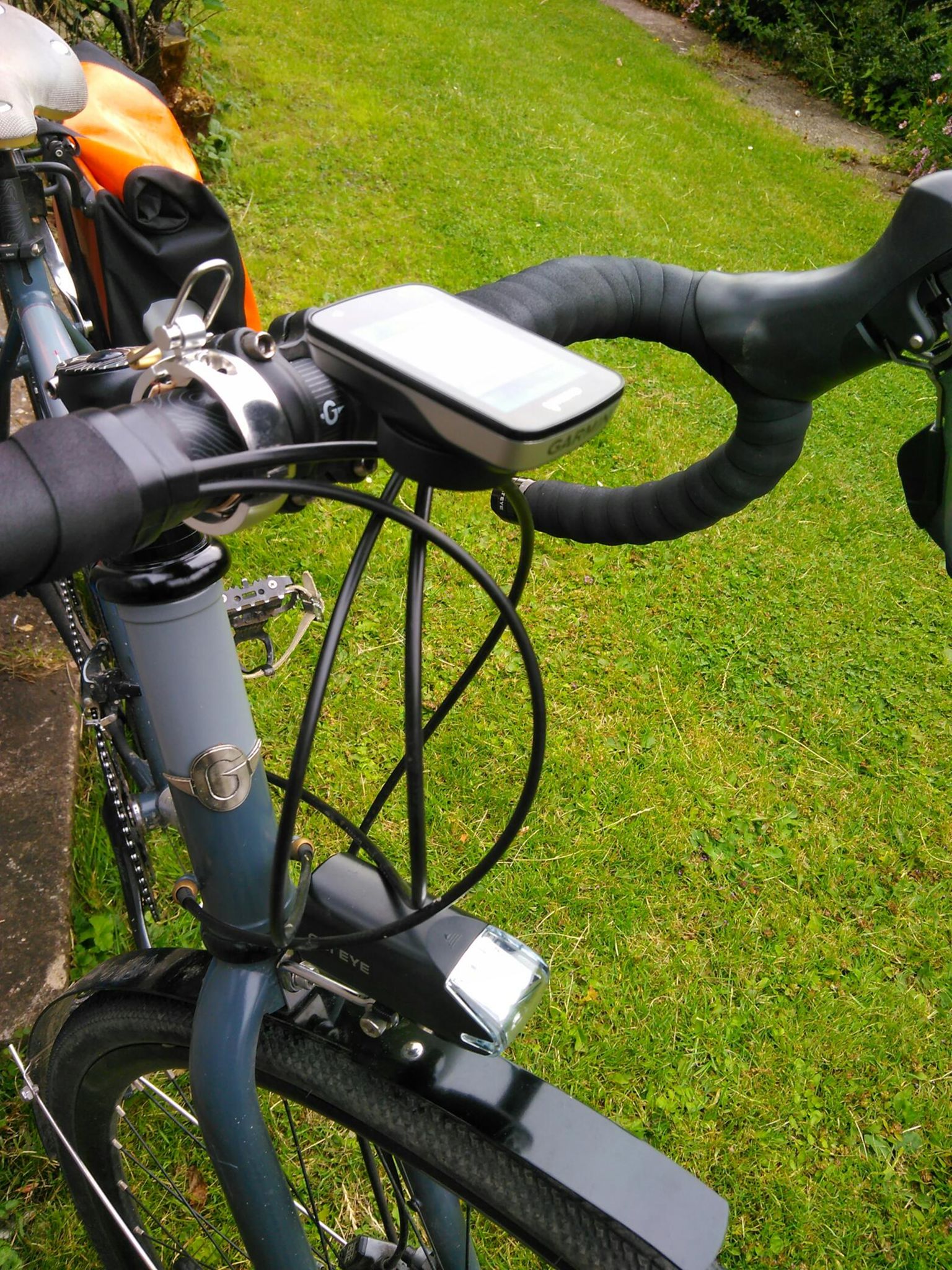 All the bells & whistles: my handlebar is crowded now.

Modern cycling science is a revelation, gone are the days of gadgets jammed in spokes, it is now possible to not only track the ride in distance and time but also record cadence. I’m used to hauling weight and try to keep a quick tempo but now I can see the average rate and use it as a target to keep a constant effort. I’ll never be at TT speeds but I hope to move efficiently over useful distances.

As a cyclist I can’t find a category I fit into, I can’t consider myself an athelete or competitor of any sort, my stats are frankly on the slow side but I’ll keep pedaling toward the horizon. Petit randonneur perhaps?

Heritage worker
View all posts by billboyheritagesurvey →
This entry was posted in Bike life, KAP. Bookmark the permalink.

1 Response to Better on the bike