a KAP win, in print at last

Posted on July 2, 2017 by billboyheritagesurvey

It’s been a while since I swung the camera at the Bottisham Lode on a blustery early October evening in 2014. It was taken in 2 frames from the Sony Rx1 camera lifted by a 9′ Levitation delta.  A year later I was thrilled to get an email asking to use the pic for a book cover. 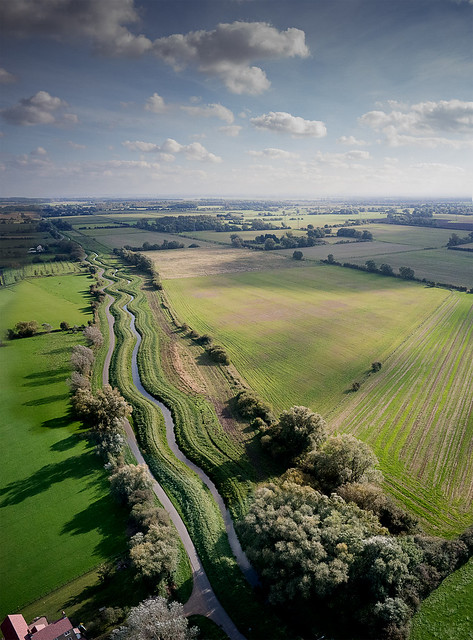 Could Brexit Britain be a new ‘dark’ age?  The book title ‘The Anglo-Saxon Fenland’ makes me wonder about what post Roman Britain might have looked like- could it be a template for a post Brexit landscape- decline and isolation with a few pockets of  surviving mainland trade in an otherwise impoverished land ruled by ‘fundamentalists’, some more benign than others?  The connection between Britain and Europe is deep: the very name of these islands is derived from Europe, ‘Britainia’ is a Roman idea. Even outside the the EU our identity is a European one.

Pondering aside I’m pleased to say the book’s in print at last with my shot on the cover. I think publishing it on the  Windgather Press is most apropriate!

Meanwhile I think it’s time for a nap: maybe common sense will prevail and the fractious nature of life on these islands will muddle toward some sort of compromise arrangement where we can all rest happy….

Heritage worker
View all posts by billboyheritagesurvey →
Gallery | This entry was posted in KAP. Bookmark the permalink.

3 Responses to a KAP win, in print at last