Posted on November 14, 2015 by billboyheritagesurvey 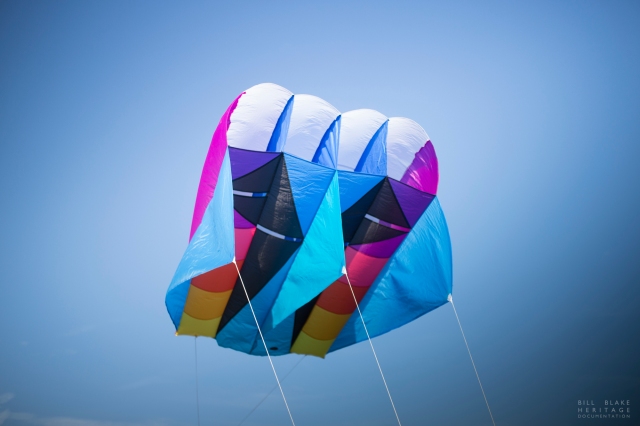 I saw this in use by Randy Anglin and promised myself I’d try one out when the oportunity arose. In prep for the OWLP workshop (which is stalled by rain again) I made a visit to my favorite kite store: Manfred Kluge’s  wonderful Kites4U. I needed line and a repalcement halo, and as luck would have it, he had the Ultrafoil 15 & 30 in stock too.

On a grim grey day I packed the kites and headed home with that ‘can’t wait to fly’ feeling gnawing at me. Days of gales followed. I got a request to fly the fort at Horsey Hill. The workshop was cancelled in the face of 40mph gusts. More days of huge wind. Storm Abigail forecast….and a gap of clear sky dawned at last with a rising wind, with some decent shots of Horsey Hill out the way I flew the ’15 on my way home. 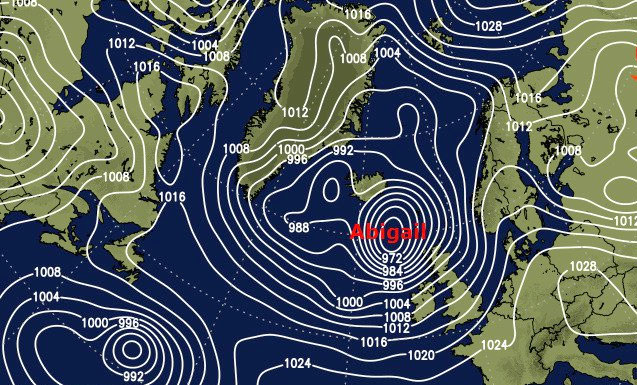 On the edge of the storm I found myself on the Western Fen…only a week after my visit to the shop I got the chance to fly, it had seemed like an age to me.

Opinion seems to be consistent on the need to fly the Ultrafoil with a tail and it’s supplied with one. In time I’ll make a drouge for it as tails and me don’t get on too well -I can’t stop them snagging on all manner of plant life. On size alone the Ufoil 15 should do the same job as the Didak Explorer 16 and so it does but with 3 key differences.

The payload capacity is similar but the bridle fulcrum works differently, this may be an effect of the aspect ratio (the Ultrafoil 15 is longer than its wide) but the effect is a reduction the the brute pull on the line compared to the Explorer. 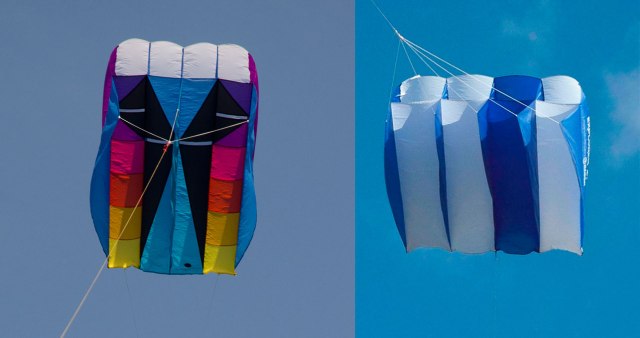 Aspect ratios compared, the Ultrafoil 15 (left) weaves in big arcs. The Explorer 16 rocks around its bridle tow point. Both movements are reduced by use of a tail or drogue towed on a ‘Y’ line. 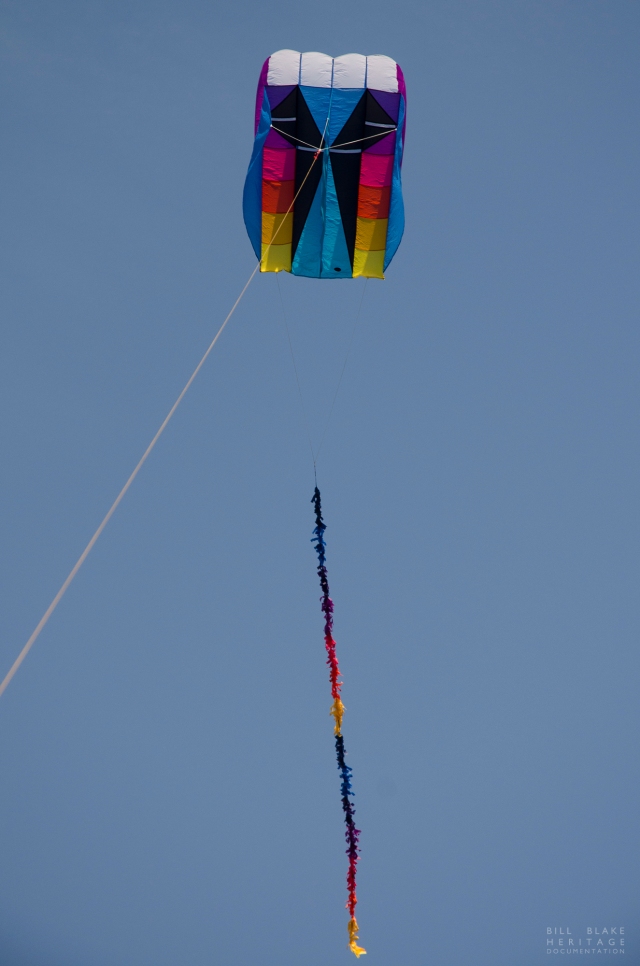 The kite has a tendency to heel over as it hits gust, sickening to see at first but it recovers well and the tail counters the swaying.

Designed by Ray Merry , of Flexifoil fame, for Into the Wind (ITW) of Boulder Colorado and made in China it is a development of the Sutton Flowform idea, it shares the deep keels and the venting Steve Sutton used and some of the mesh detailing Christain Becot developed. In calling it ‘Ultrafoil’ Ray is suggesting its an ultimate development of the Jalbert, Sutton, Prinzler and Becot ideas- he may be right, but I have yet to fly Ralf Beutnagel’s KAPfoil…

I flew it on the edge of Atlantic storm ‘Abigail’ and it coped well, I think a matched drouge might replace the tail and Christian’s idea of side venting may add a little more stability but as supplied it’s a very good KAP contender- no wonder it’s in stock at the KAPshop!

After watching it cope with the rising wind I let it carry a camera aloft: 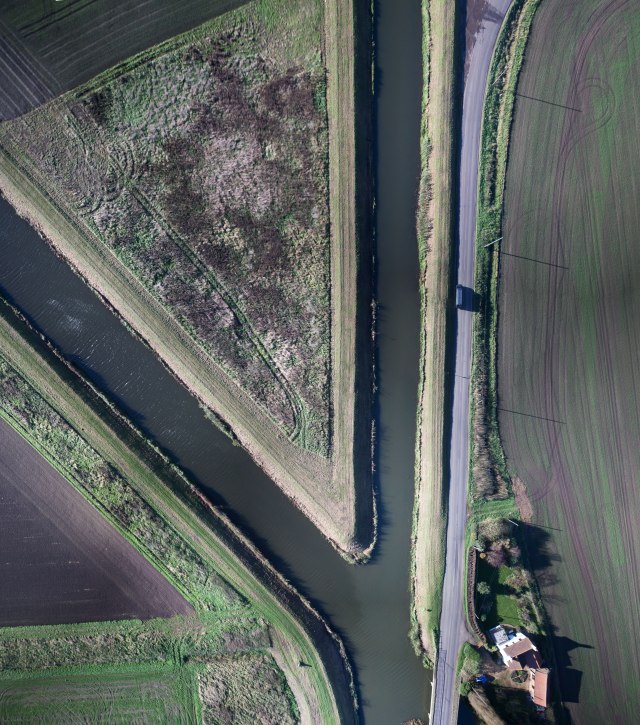 and it worked a treat, an autorig was aloft on a slack line as the wind rose, a few shots were blurred as the Ultrafoil, in common with all flowforms I have flown, weaves about a fair bit compared to a delta or Rokkaku. As the gale built I hauled in, I didn’t want to explore the upper limits of the kite with a camera dangling above. It has the short line oscillation common to many kites but it managed to fly off its bridle on a ground stake in the gathering bluster for a while:

I’m happy to add the Ultrafoil to the Bft 3/4  KAP kite family. The Explorer 16 does better with out a tail but the slacker line of the Utrafoil 15 is a serious KAP bonus.

I’ll wait for lighter winds to fly the Ultrafoil 30.