A pattern of dyke, level and drain on Halvergate Marshes

Posted on July 2, 2015 by billboyheritagesurvey

Take the train  from Norwich to Yarmouth and, as the railcar rattles its way from Acle towards the sea you pass along flatlands dotted with windmills, this is a windy place and the little train often rocks with the gust in the autumn gales. I have not ridden the line since the days of the 131 DMU when a day out in Yarmouth was an adventure on the Anglia Ranger ticket; highlights being the Lydia Eva, the Nelson monument and the thrill of a working port with massive rig tenders crowding the warf as North Sea oil and gas became a reality.. here was a place connected to the rest of the world in a way no other place I’d seen. I have often wondered about the strange ‘borrowed’ land dotted with pepperpot windmills behind the dunes, a tidal flatland so different to the rest of East Anglia with the railway and road a textbook perspective to the horizon … 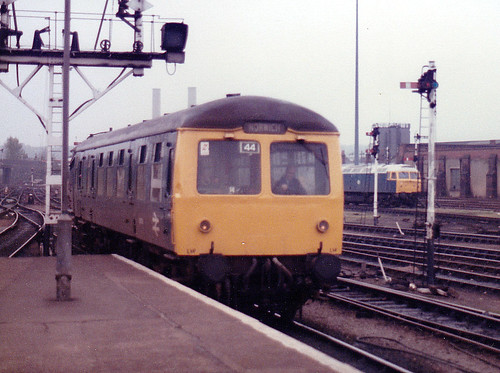 The unique nature of the landscape has been recognised as regionally and nationally important. It is the first Environmentally Sensitive Area (ESA) to be designated in the UK. From Halvergate Marshes conservation area proposal (April 2014):

‘The drainage system has determined the field pattern. The area drained by one pump was referred to as a ‘level’, usually in a single ownership, divided from its neighbour by deep dykes and embankments. This creates the distinctive effect of a ‘negative’ rather than a ‘positive’ pattern, such as is created by a series of hedges and/or hedgerow trees. Throughout the marshes there are occasional clumps of vegetation, usually sallow and usually growing alongside a dyke, but never approximating to a hedge.

The Halvergate area contains good examples of the three main types of dyke:

My first attempt to record the summer grazing on the Marshes was none too successful, It’s a long walk through chest high nettle and thistle to reach the swan neck of the Halvergate Fleet and in haste I bungled the camera settings:  I’d walked about 3 miles with the wind belting along under the Trooper at Bft 4/5 with the camera set at at ISO100 in fading light. Result: hundreds of blurred shots from the moving camera… but I got hints of what the land pattern looked like; enough to make another visit urgent.

My next opportunity was in a bit less of a bluster and I lofted my newly acquired Dan Leigh R8, this is the first time I have used it and wondered how it would cope with the load I hung under it. It took a lot of downwind distance but it slowly lifted the EosM in Bft3. Matching the nadir shots to Google Earth I got 160m down wind reach.

‘The largely cattle grazed landscape of this area saw little change until the late 1970s and early 1980s, when loans became available to incentivise farmers to deep drain and plough their marshlands. Dykes were infilled and whilst it could be appreciated that farmers found it difficult to use combine harvesters and other large machinery on the small marshes typical of the drained marshland area, the loss of wildlife habitat was deplored by conservationists. The subsequent outcry and public protests led to the establishment of the Broads Grazing Marshes Scheme which subsidised the traditional management of the landscape and ultimately led to the creation of Environmentally Sensitive Areas (ESAs) of which Halvergate was the first.’

Here is a wide sky free of trees, wires and fences, find a dry route and a kite can be walked for miles here.

I was not welcome here, as I wound in the kite on the walk back the familiar shouts ‘do you have permission to be here?’ and ‘you are trespassing’  reached me from the opposite bank.

This is understandable, it is a worrying experience to find a stranger on the farm and odder still to have one flying a kite overhead. There are no signs posted forbidding access or fences blocking the overgrown path on the Fleet. Trespass requires the landowner to make a formal complaint. My guess is that contacting the landowner and instigating a civil action against a walker on an unfenced river bank is probably more expense than its worth. So trespass was not my main concern.  My kite was flying over a meadow into which not only the farmer but children had arrived. Anxiety levels rose when I explained I was taking photographs. Explaining landscape significance to someone convinced of malign intent did not seem like a good idea. I had overflown the farmer’s meadow and children with a camera, this could only mean one thing- invasion of privacy!

R8 was mercifully light on the line and it probably took around 15minutes to get my kit back on the ground and stowed. It seemed to take an age to get the kite down and even longer to spool the line. On the walk I’d let loose loops of line fall over the reel which formed a series of hitches with the kite at one end and the reel at the other, I tried to trace the loops back but it was a useless effort, knowing an aggrieved party was waiting for me (I was spared immediate approach by about 100m of mighty thistle thicket, so wait they had to- you can’t walk though this stuff with out being dressed for it) the line was bundled as a birds-nest and I made my way off the dyke and onto the verge of the relentless traffic on the A47 to explain myself.  A quick look at the camera confirmed I got sharp shots of the Fleet. I walked off the dyke into the impatiently waiting confrontation.

They wanted me to delete all the photos on the camera. I really didn’t want to do that: I had only over flown the field in the last 20 mins or so of my walk. I suggested I delete everything from the last 20 minutes. On the review screen I worked back through the shots showing each frame as I deleted it.  As I was doing this I explained how, if I was lucky, I might able to sell these photos as part of my living, I gave my details and the link to find the photos, they were very insistent that I was not allowed there and all of the land around me was private. I  kept silent on the matter of trespass: if this was going to be a fight I’ll get lawyers involved and let them do the talking on that score.  I offered my apologies,  pointing out there is nothing sneaky about KAP: I’m always on the end of the line to answer for it. The media panic over drones has not helped the work of the aerial photographer.

The last demand was to know where my vehicle was, a request I was baffled by. I’d walked there, something unusual in this day and age..I was parked about a mile away. To them I had appeared from nowhere and the explanation seemed to help. I walked back to the car thinking that there must be a better way handling these situations: the fear of surveillance, strangers and imagined risks to children has bitten deep. If only I’d brought an album of KAP shots with me the conversation might have been easier.

These shots give an idea of the sense of place but making the best of the Fleet needs a bit more than an autoKAP sweep. I shall return but by a different route. Access to the Marshes if difficult without a long walk, a long walk with a kite…and a camera!