Posted on February 19, 2013 by billboyheritagesurvey 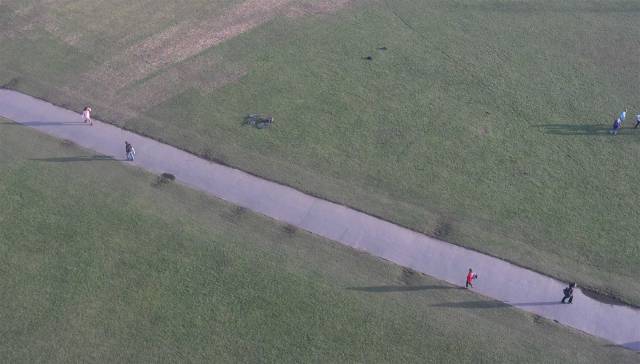 It’s rare for me to photograph the same thing at almost the same time with 2 different cameras. I’m having fun flying a light weight AutoKAP rig with a Canon Ixus 7.0 . There are 2 big differences beteween the lighter and heavier set up.

1. is easier to fly and rises higher and steeper,

On this occasion the power I needed to lift the 800g RC rig was more than I wanted to work with given the line I’d brought with me so after a short flight I brought it down and hoisted the lighter option by a smaller kite to ease the risk of snagging line on passing cyclists and the like. It was an AutoKAP win..but oh if only I’d sent a better camera up there!

Image quaity is important to me because I want the efffort made to take aerials to be as productive as possible; KAP being what it is the oportunity to put a camaera in that spot may not happen again for a good while.

The search for a cheap Canon ‘point and shoot’ with a few more pixels is on!